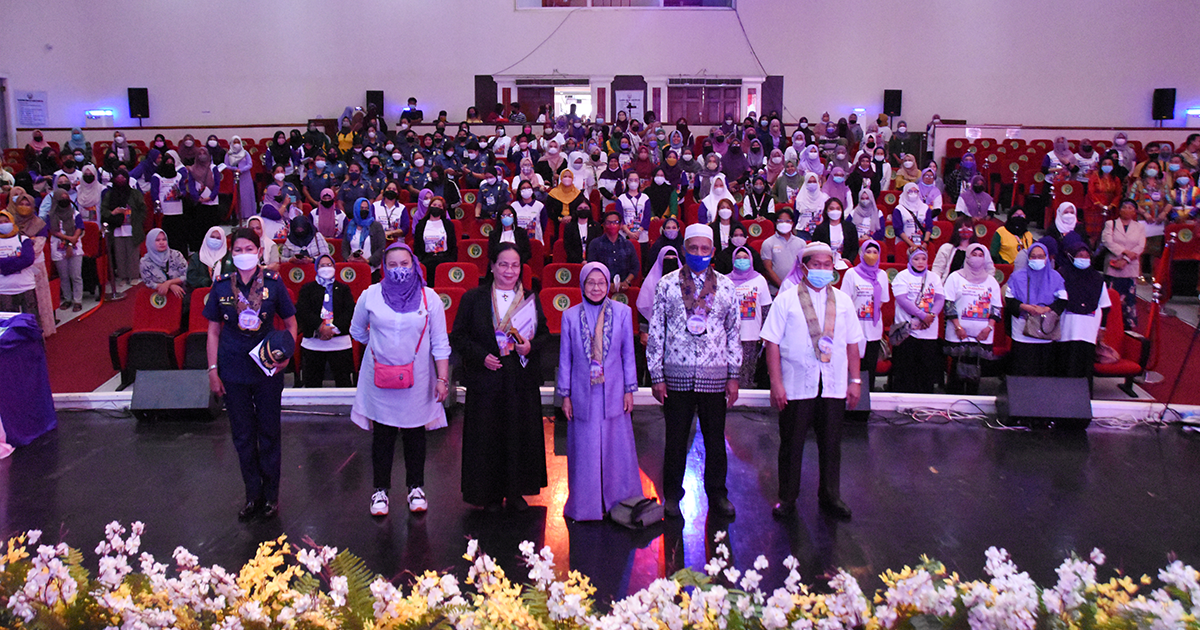 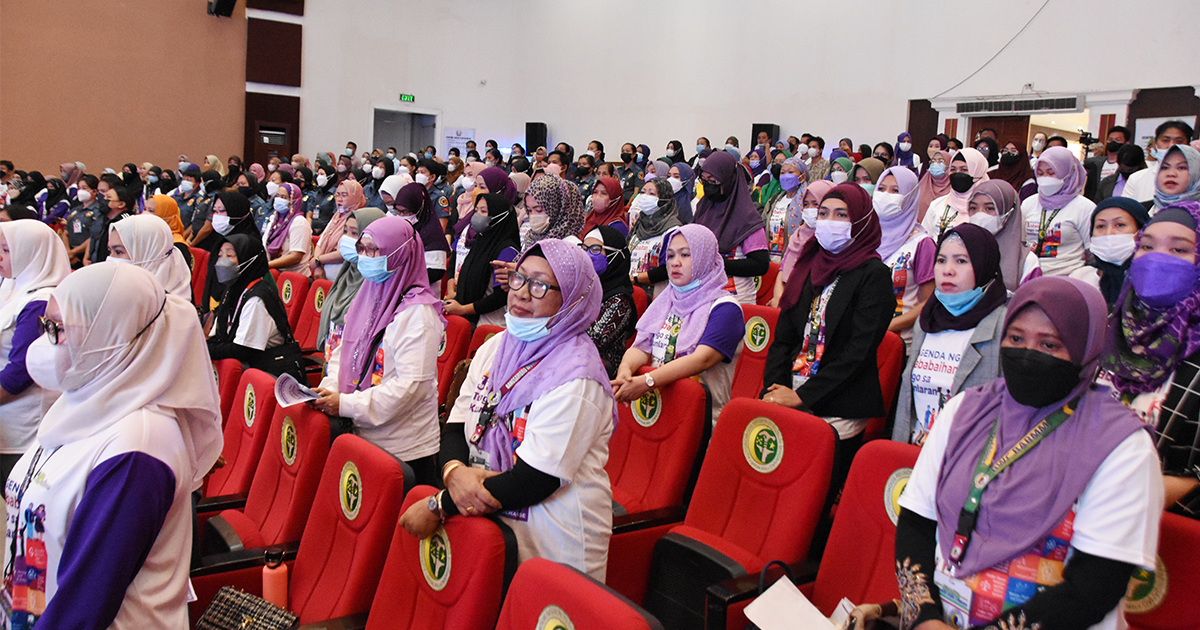 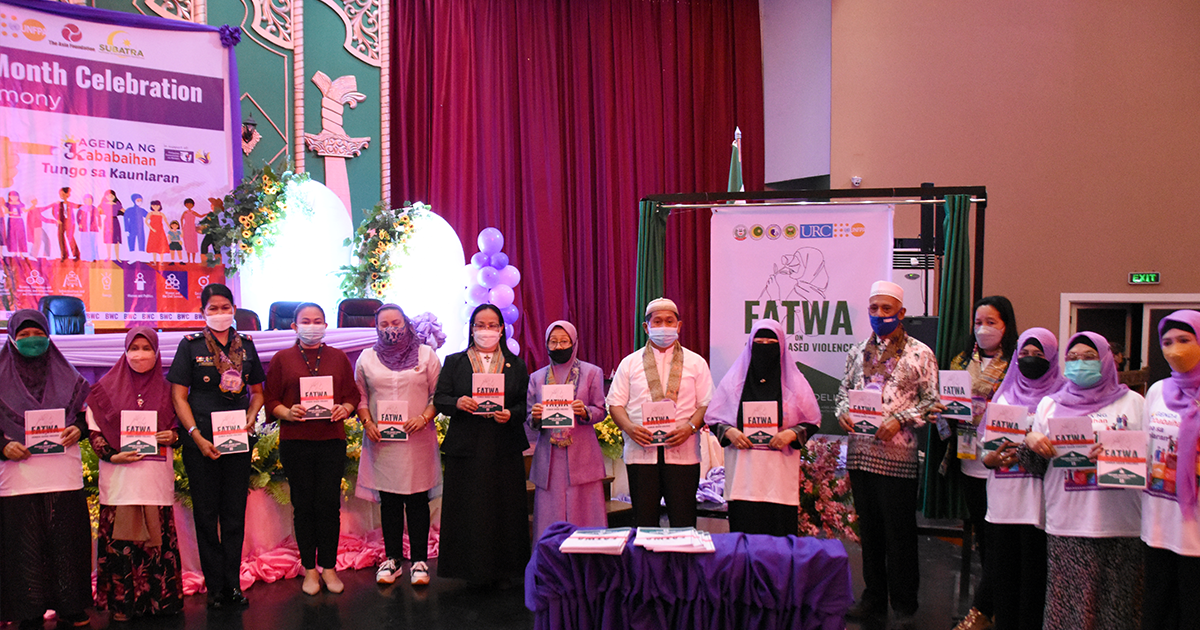 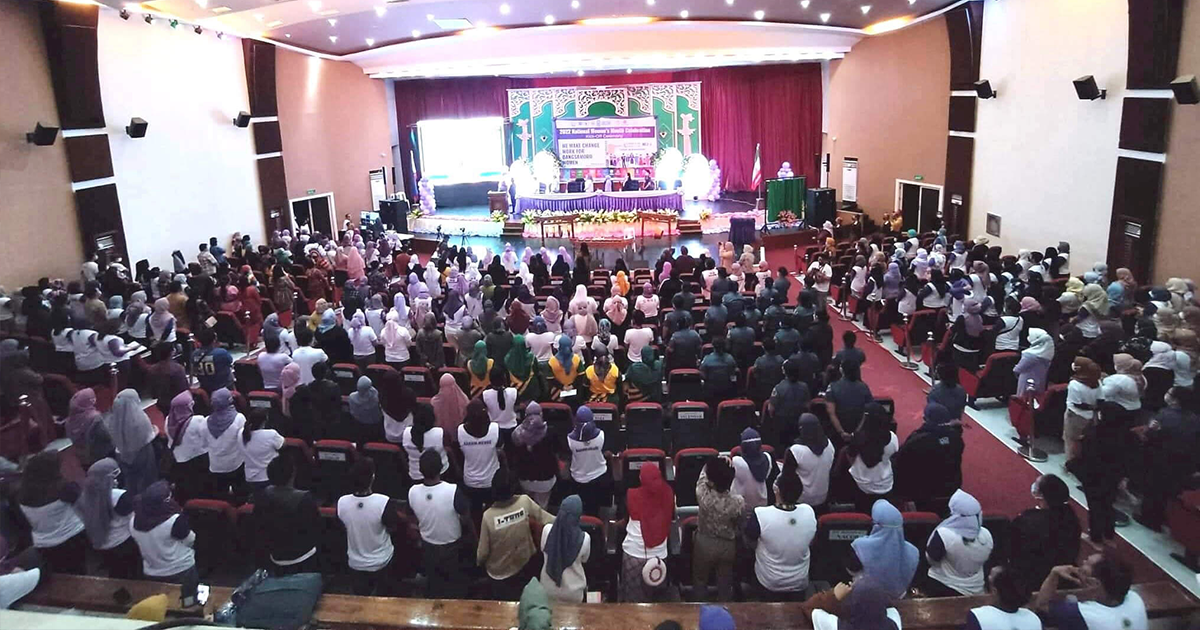 Cotabato City – This year’s celebration of National Women’s Month turns out to be more significant as the impact of the Covid19 gradually became less detrimental to the lives of the people. This was evident in the kickoff celebration held on the 8th of March, 2022 at the Shariff Kabunsuan Cultural Complex (SKCC) as the venue was graced by the immense presence and participation of distinguished guests including foreign dignitaries from different ministries, offices, agencies, INGOs, and CSOs who, later on, poured in overwhelming messages of support.

The Chairperson of Bangsamoro Women Commission (BWC) MP Hadja Bainon G. Karon warmly welcomed all the participants as she delivers her opening message and gave a short background of what was being celebrated. MP Karon also highlighted the empowerment of women as active contributors which is anchored to the theme “We Make Change Work for Bangsamoro Women” as well as to the commitment of “Malasakit and Pagbabago (True Compassion and Real Change)” in pursuit of development.

The program was also momentous to the BARMM’s milestones through the collective effort of Bangsamoro Women Commission’s staff as the Fatwa (Religious Guidance) on addressing five forms of Gender-Based Violence was officially launched in a simple but meaningful ceremony. Here’s the formulated Fatwa on GBV with its pieces of evidences from the Qur’an and the Sunnah: